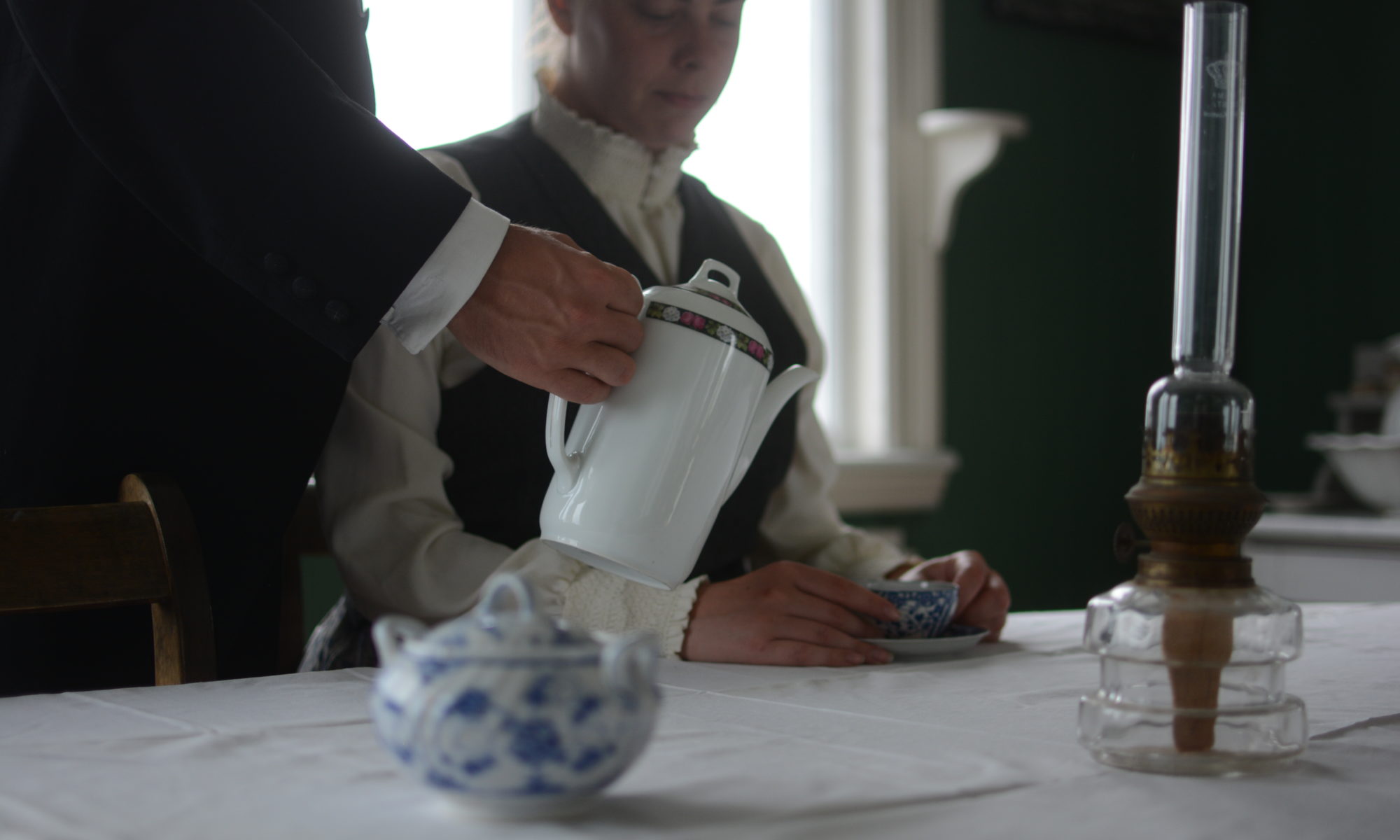 The vision of the larp is a contained and quiet playing style. Even though there is plenty of drama under the surface, nothing will lead to big dramatic explosions or revolutions in game. Instead we aim for a playing style of quiet looks and where a slammed door says more than a thousand words. Of course you as a larper has the right to go where the larp takes you, but we want to keep the playing style realistic. In the same way you would not stand up and scream at your grandmother during a Christmas dinner we ask you to try to uphold a surface of normalcy despite all the emotions boiling under the surface. We try to recreate 2 days in the characters life, days that might be dramatic and overwhelming but still feel reasonable taking into account that life will continue for the characters after the larp ends.

Lower class- All
In this group the most important theme is to lick up kick down. The experience will mostly center around ambition, political conflict, racism and injustice. Subjects such as male or female right to vote, working conditions and immigration will be big parts of your larping experience. The working class is politically very divided during this time which is also a time of major changes and improvements for the workers. The Social Democratic party has been clear with their position in the suffragette-issue: Sure women can have the vote but all men first, the women have to wait.

Lower class- Women
In this group the main themes will revolve around the frustrating feeling of being powerless and the fight to get more agency over your own life. During 1912 the women’s right to vote is an important political question and petition after petition has been filed in the main chamber in which only men that are not in debt and has turned 24 years of age are allowed to vote. Meanwhile the thoughts are divided if women even should be allowed to vote at all, and if they should, are the women’s right to vote more important than the socialist work for unions and better working conditions?

Lower class- Men
In this group the main themes will be hard work and dreams of reaching further and bettering yourself. Either through hard work, social skills or cheating. The working class liberation will be important. In a time when unions and social democracy is steadily rising in importance and men who are in debt still don’t have the right to vote, the opinions of the working class is divided between if there is room for violence in the fight for liberation or not.

The Finnish working class
In this group the theme is about being oppressed, about racism and how it is to be seen as a second grade citizen. It is about the community in ostracization and about being alone in a foreign country where you hardly understand the language. About preserving your own traditions or adapting to the new land.

Upper Class – All
In this group the most important theme will be the facade of control and defending your power from anyone trying to take it from you. Power is not simply measured in financial or formal means but also in control over the family and your circumstances. Subjects like world politics, responsibility, economy, marriage and unsaid words will be a big part of your larp experience

Upper Class- Women
In this group the main themes will center around wanting to break free from suffocating norms and coming to terms with your position as the ideal bourgeois woman. Sure, conversations can touch upon politics, but mostly these characters are expected to talk about the weather, art, music and the family health. Under the surface the fight stands between different wills, desires and needs that all have to be managed in order to not let the family down. And don’t forget, your honor is shown by the way your house is kept and your servants behavior is in the end your responsibility.

Upper Class- Men
In this group the main themes will be about keeping composure and control. In a time of political instability there is room for serious conversations about the threat of war in Europe, the economical situation and the well-being of the family. Of course there are also other more deeply embedded themes of love, jealousy, competition, and desperation, but none of these things can be shown too openly. The most important thing is to keep up appearances. And never forget, your wife and your daughter’s or sister’s behavior is your responsibility in the end.